BTNHFanvids is a small group of fans of the rap group Bone Thugs~N~Harmony that were dedicated to producing original content for other fans of the group. They had setup a small YouTube channel, which had less than 20 views and even less subscribers as they had very little content. I was initially contacted to design a logo and animated video based on one of the rap group’s songs with the goal of meeting YouTube’s requirements to monetize the channel. However, with the success of the 3D animated music video, this led to further work creating YouTube videos, setting up several social media platforms, merchandise, and web site.

The client needed a logo design that represented the rap group Bone Thugs~N~Harmony. The group is known for having a unique, dark style of rap. They also tend to use a lot of skulls in their album artwork. Since there are 5 members of the rap group, I decided to use 5 skulls to represent each member. 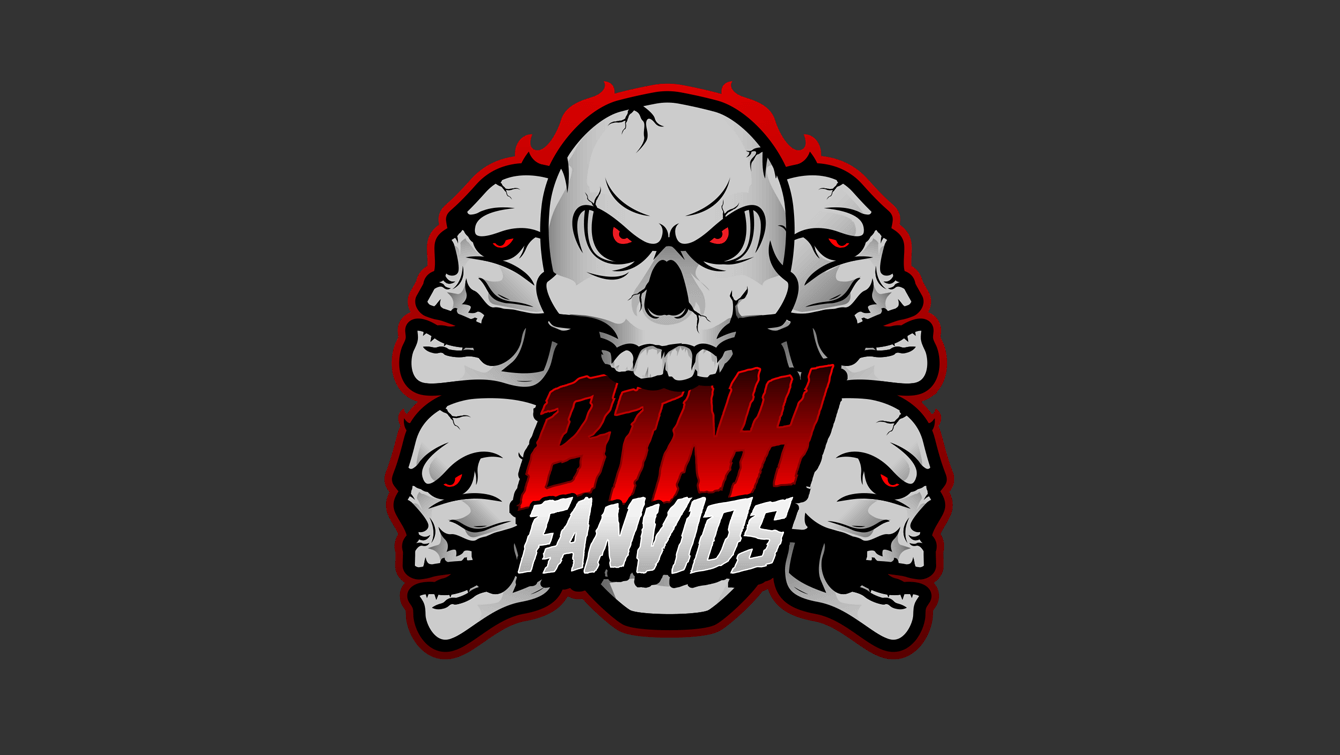 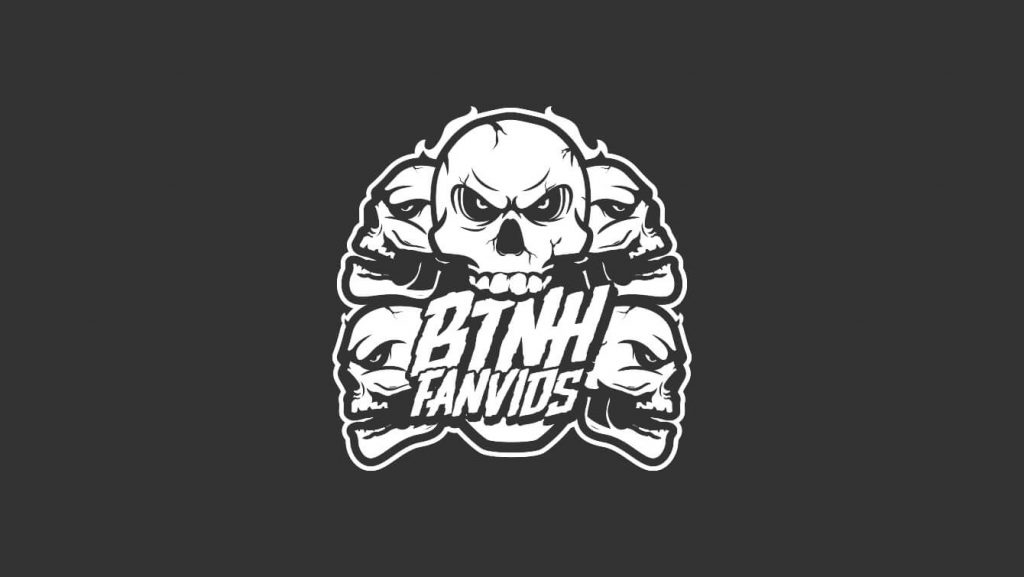 The song that was chosen for the 3D animated music video is called Down ’71 (The Getaway). This is a song that many of Bone Thugs~N~Harmony fans have been wanting for over 2 decades. The song is very violent and action packed. I created a shot-by-shot storyboard as a proof of concept and as a visual guide for production. I then used the storyboard to create an animatic.

Typically, I would use Maya for a project such as this. However, in order to meet the client’s budget restrictions, I used the animation software iClone as it would allow me to easily use pre-made models and animation. It also allowed me to quickly create customized characters with a strong resemblance to the members of the group. The video did much better than expected and was organically viewed nearly 10,000 times in less than a month and the channel’s subscriber count went up to over 500. The video was even praised and shared on social media by members of Bone Thugs~N~Harmony themselves!

In order to get the channel monetized by YouTube, additional content was needed. The client decided to create videos in the style of viral Top 10 Lists. According to Google Keyword Planner, rap diss tracks were trending at the time so I suggested that be the topic for the first video. I wrote the script, edited the video, and hired a voice actor to narrate the video, which I then had to manually edit in order for the audio and video to sync up. This video formula proved to be successful as it gained over 100,000 views, 10,000 hours of watch time, over 4,000 viewer engagements (comments, likes, shares, & dislikes), and gained nearly 3,000 channel subscribers. This one video made the channel eligible for monetization in less than 1 week! Because this style of video was more budget friendly and gained more than 10 times the amount of viewers than the expensive animated videos, the client chose to stick with this style.

Because the client’s YouTube channel started seeing a sudden increase in viewership and engagement, they wanted to have branded openers and closers for their videos. The concept of the opener was to pay homage to the hundreds of Bone Thugs~N~Harmony fan sites that had come before them. I was given a list of popular fan sites of the past and had their names fly-in and zoom-out to form the BTNHFanvids logo – sort of like a passing of the torch.

In order to generate additional revenue, the client wanted to sell t-shirts to their online community in addition to using them to entice Patreon sign-ups and promotional giveaways. In order to increase brand awareness, I proposed a simple t-shirt  design consisting of only their logo and website. In order to maximize profits, there would be a standard t-shirt with a solid white logo, a mid-tier t-shirt in flat coloring, and a premium t-shirt that would be full color. This would save them money since the logo design was already done and would just need to be printed on the shirts. The client considered having the shirt orders fulfilled by a print on demand service. However, I proposed that they would see higher profits by allowing me to print the shirts as well. The client ordered 100 of each design and saved over 60% in production costs. That’s profit that would have went into the print on demand pocket, but instead went directly to the client. 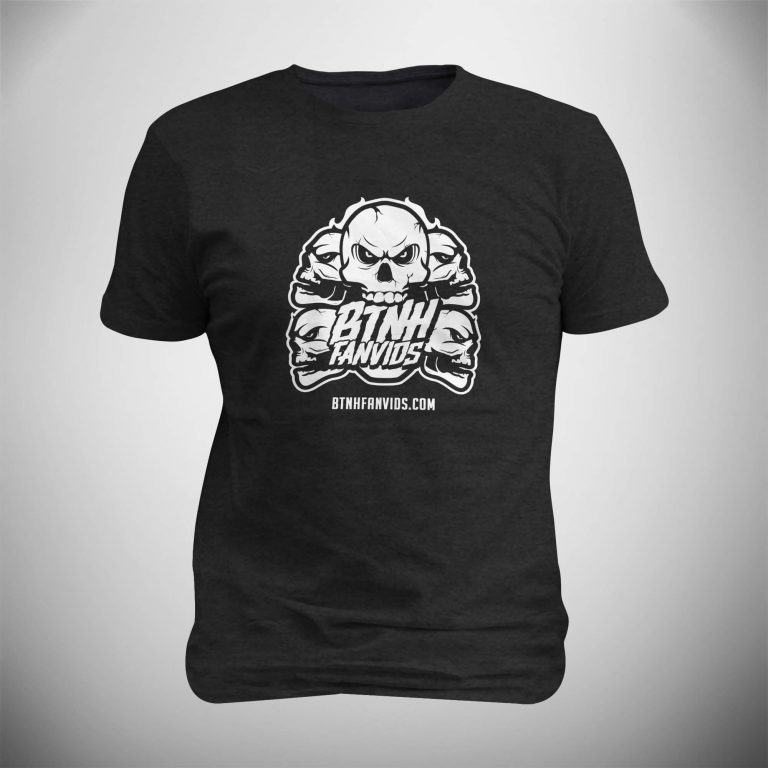 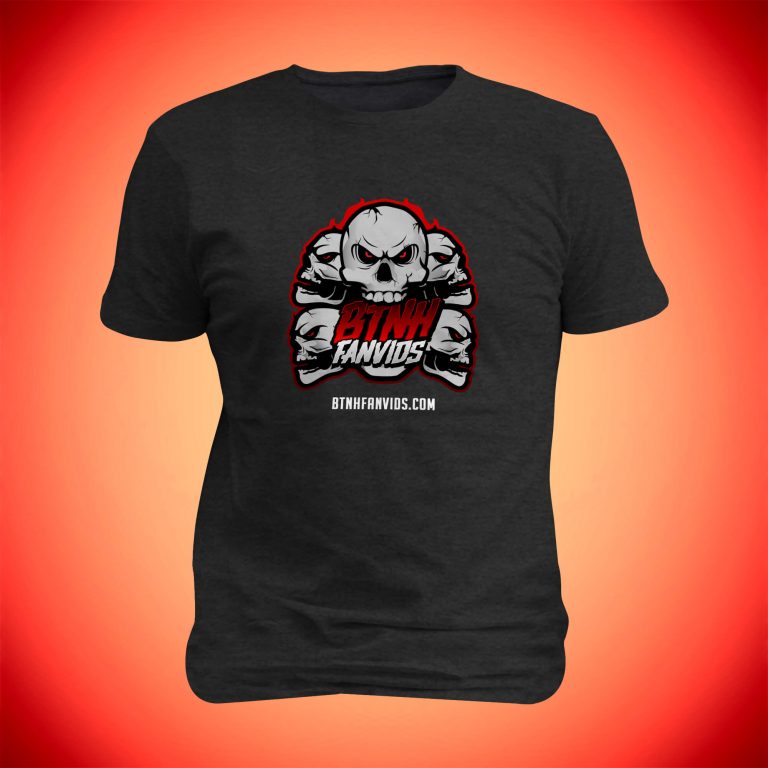 In addition to t-shirts, the client also wanted to sell posters. The client liked the YouTube thumbnail so much that they decided to use it for this purpose. 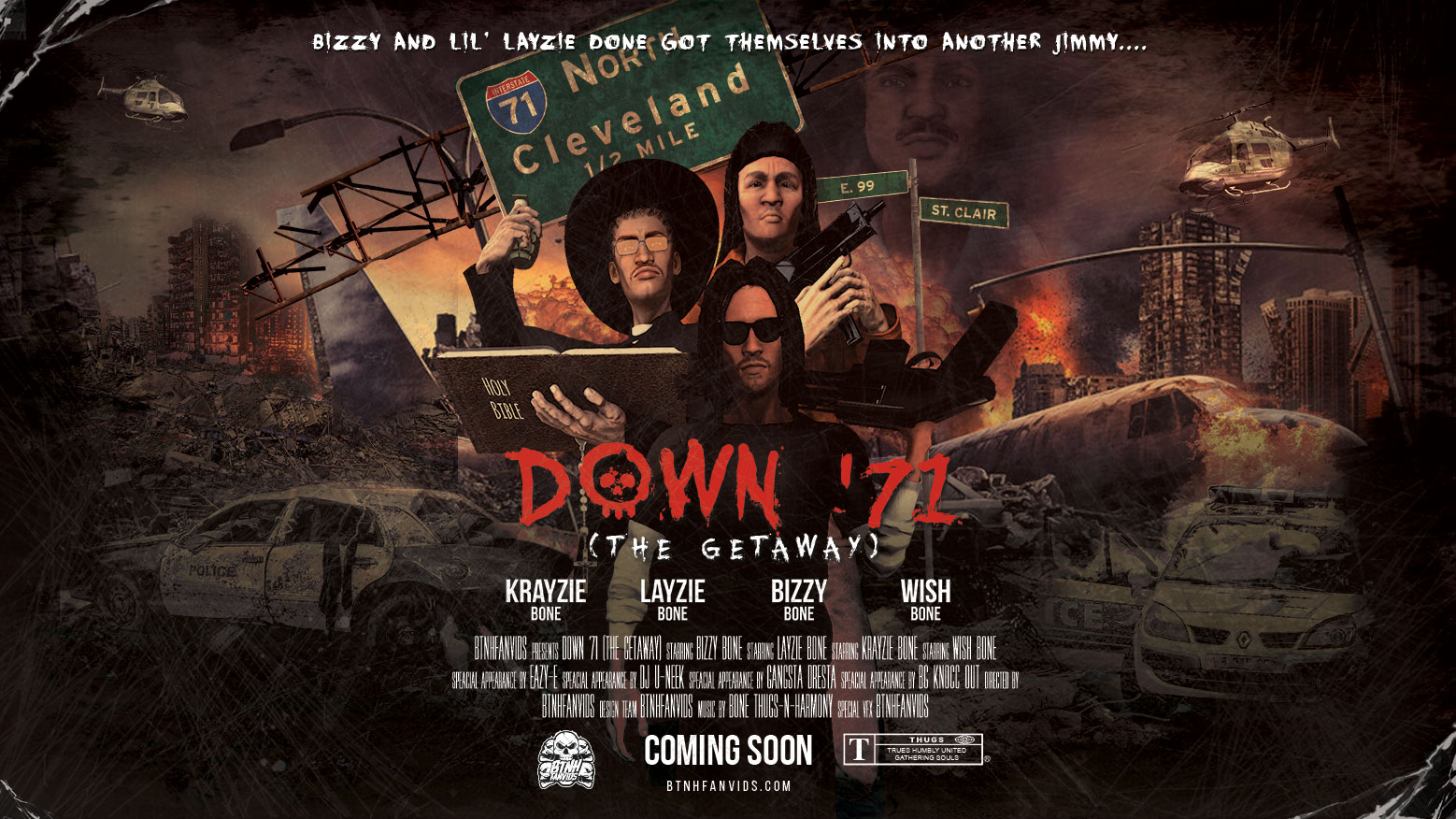 Bone Thugs~N~Harmony refer to money as “Skrilla”. I designed a gold, silver, and bronze coin to represent “Skrilla”. This coin was to be produced and used to represent the hierarchy of fan supporters to incentivize donations through Patreon. The coin was also used on the BTNHFanvids website as badges to show the level of fan support on the community forums. 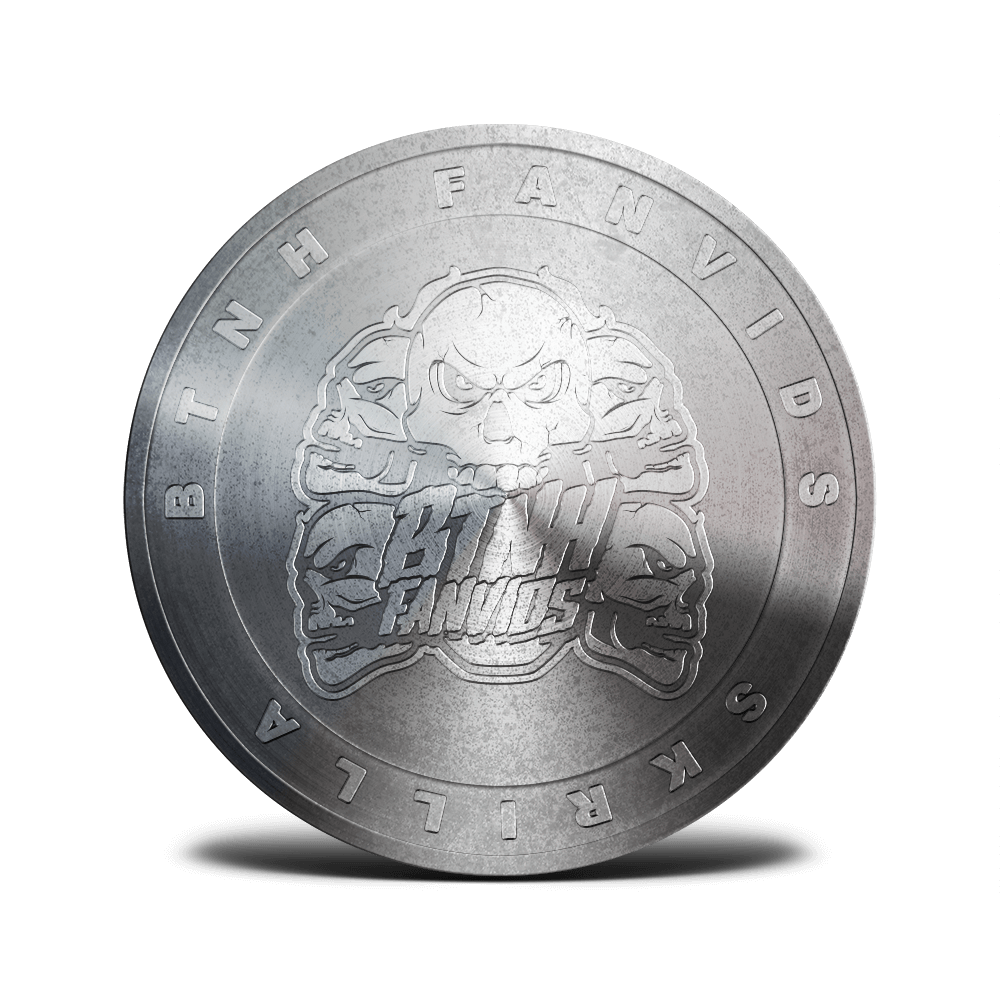 Since the client’s YouTube channel was swiftly growing, they decided to have a website built as an online community for their fan base. I designed this website in a viral style consisting of Bone Thugs~N~Harmony related games, quizzes, news, artwork, forums, and other content that would be easily shareable in order to promote growth by organic traffic. I set up affiliate links to be easily inserted into posts and set up Google Ads for additional revenue opportunities. On top of that, users could easily create their own content directly on the site. This essentially makes the site hands off as far as content goes because the content is largely user generated.

In order to incentivize members to engage with the site, I created a points system, called Skrilla. Skrilla is used as an on-site currency that members can use to purchase badges and other items from the site store. Members gain a varying amount of points on their birthdays, creating content, and by performing various engagements on the site. This led to a low bounce rate and kept visitors on the site longer.

Custom badges were created as an achievement system to further incentivize members to perform specific engagements such as registering on the site and creating content.