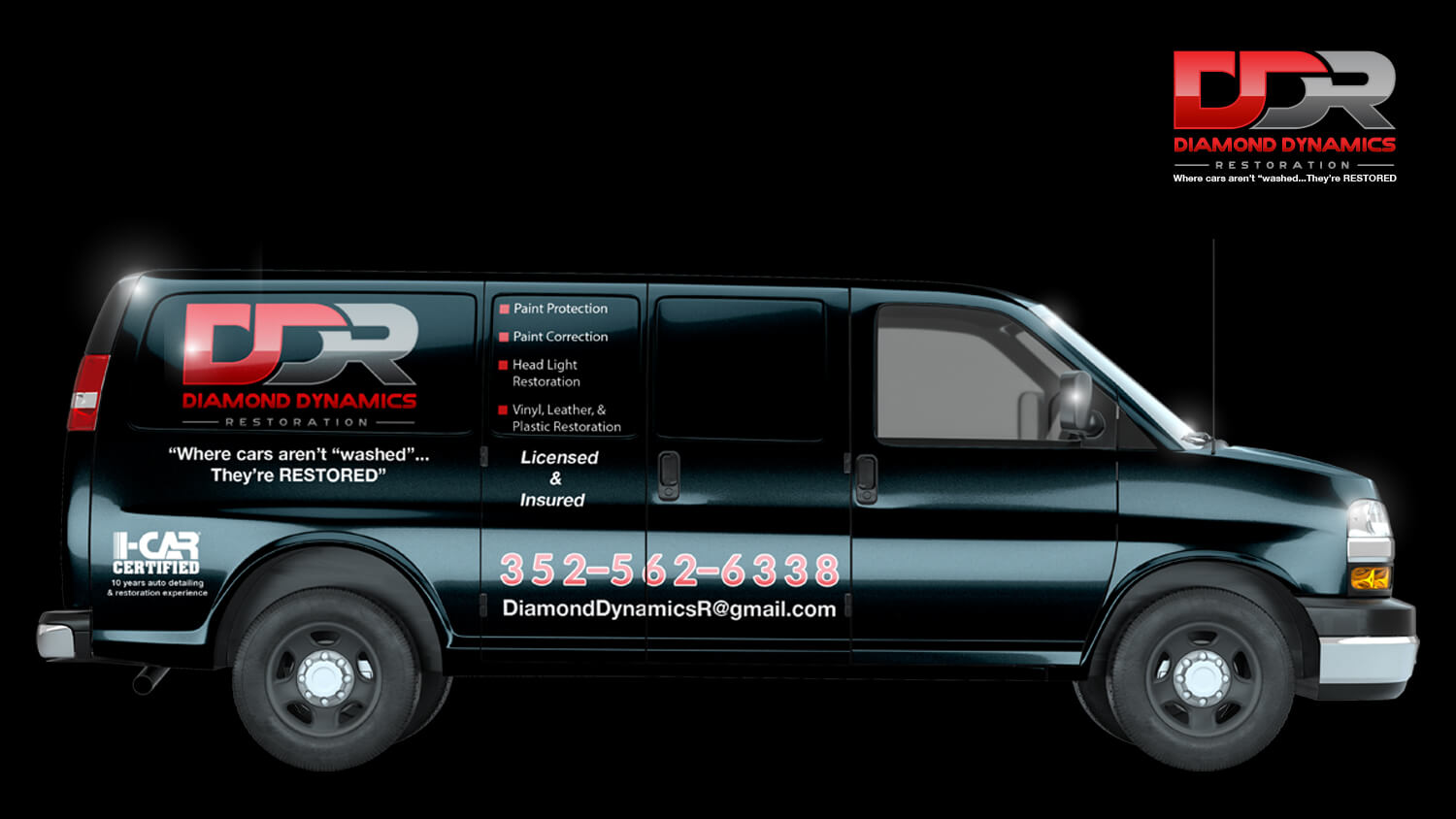 This client was in the beginning stages of starting his Florida-based mobile auto detail business. He found my services through another client that I created a logo for and reached out to me to help brand his business.

We spoke about his vision for a few days and after I understood his vision, we were ready to proceed.

The client wanted something minimal, yet clean and effective. He told me that he wanted something with a checkered racing flags, a 3D diamond faceted luxury car for the logo image, he wanted to use the colors red, yellow, blue, gray, black, and white. The client sent over a drawing of how he envisioned the car to look.

I explained to him that this wasn’t minimal and that based off of his ideas the Advanced Auto Parts logo immediately came to mind. I further explained that while I could definitely create a logo based on this idea, it seemed more like a logo that was suited for luxury racing cars and that was not his business and that he wold most likely be redesigning his logo before his business even started. I proposed that the client concentrate on his product and create a logo based around the business’ name and services. This would help to not confuse potential customers as to what it is that his company does. I also challenged the customer to settle on two colors instead of the six he initially had in mind as that would save him a ton of headache and money going forward while helping to keep the logo clean and minimal. The client stated that red and gray were the two colors that he absolutely had to have. I sent the client 5 logo concepts and this is the one that he fell in love with. 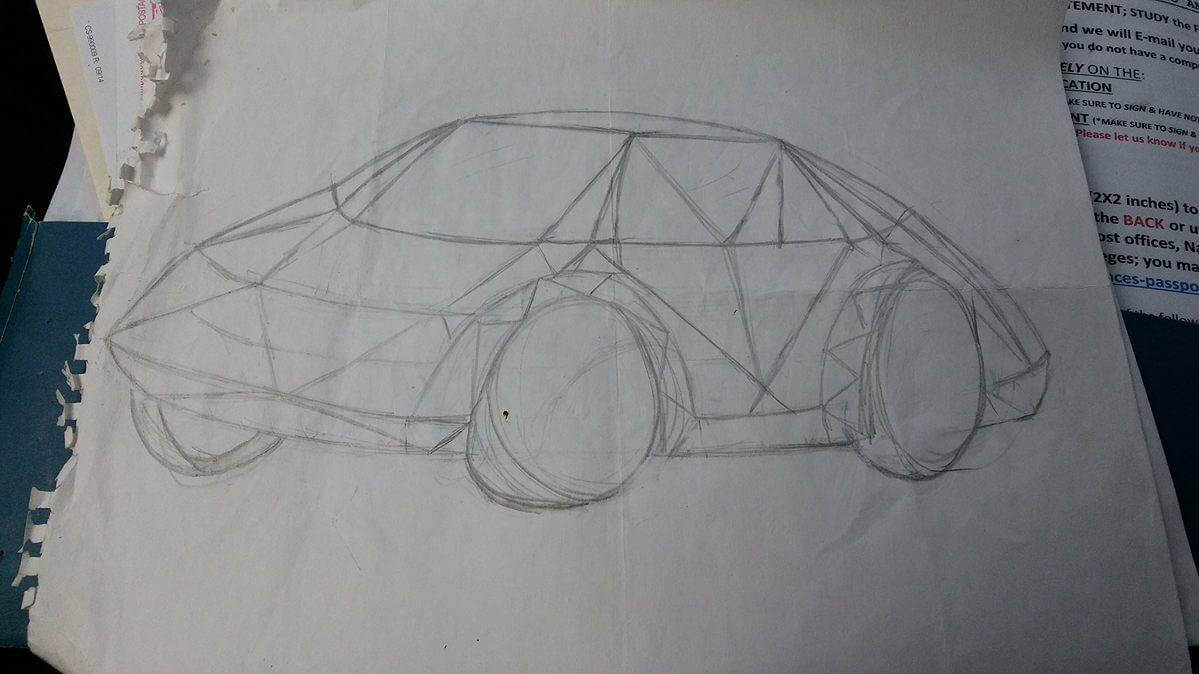 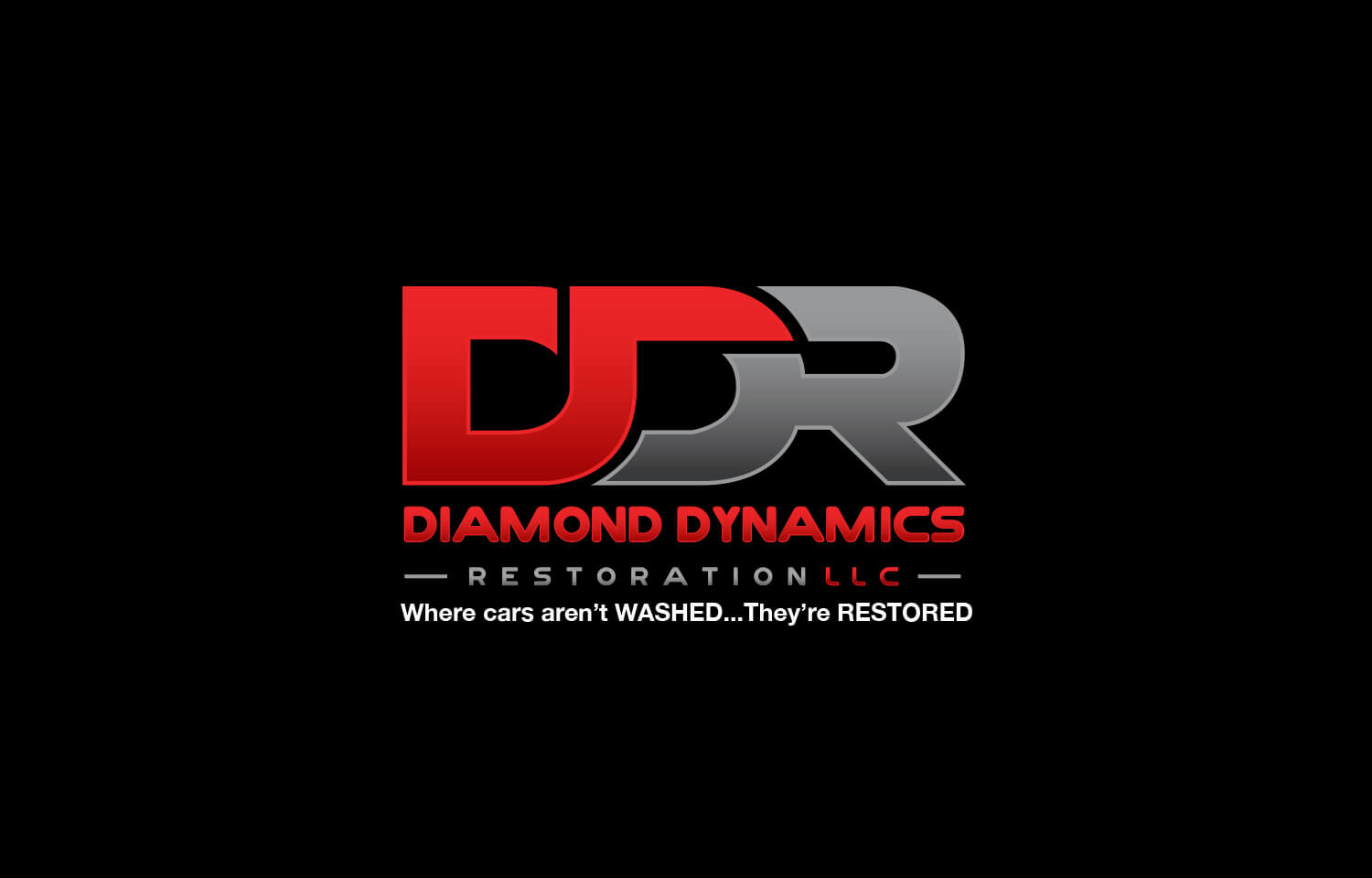 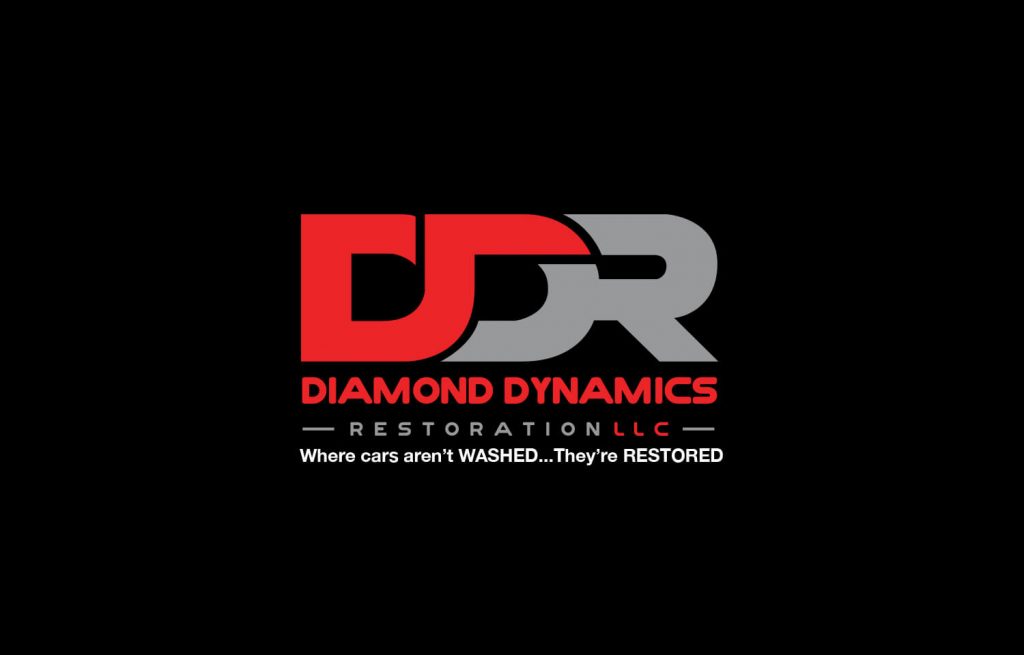 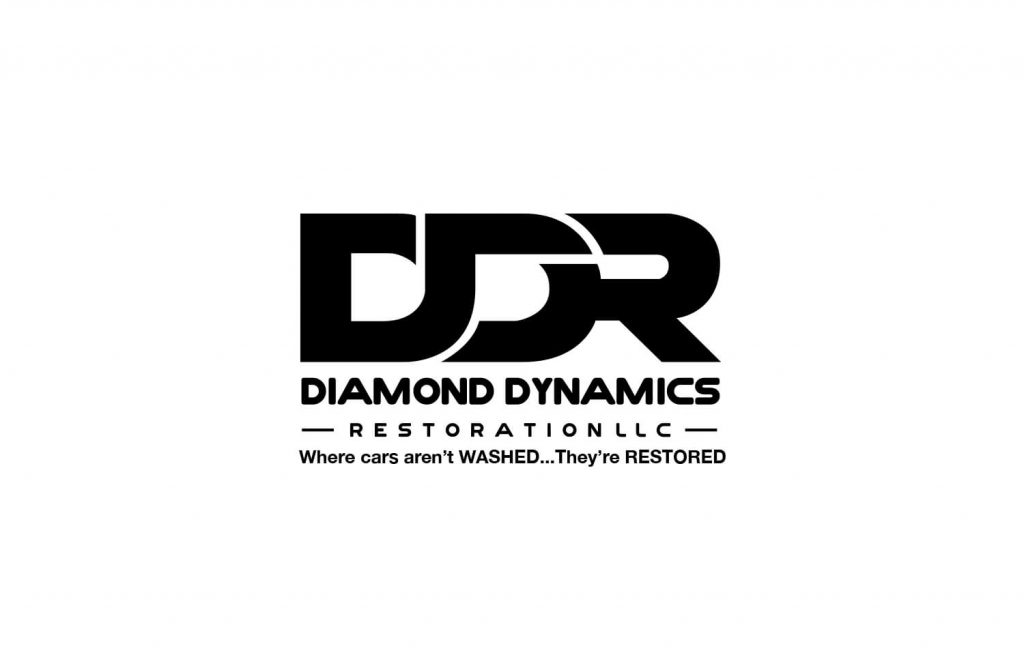 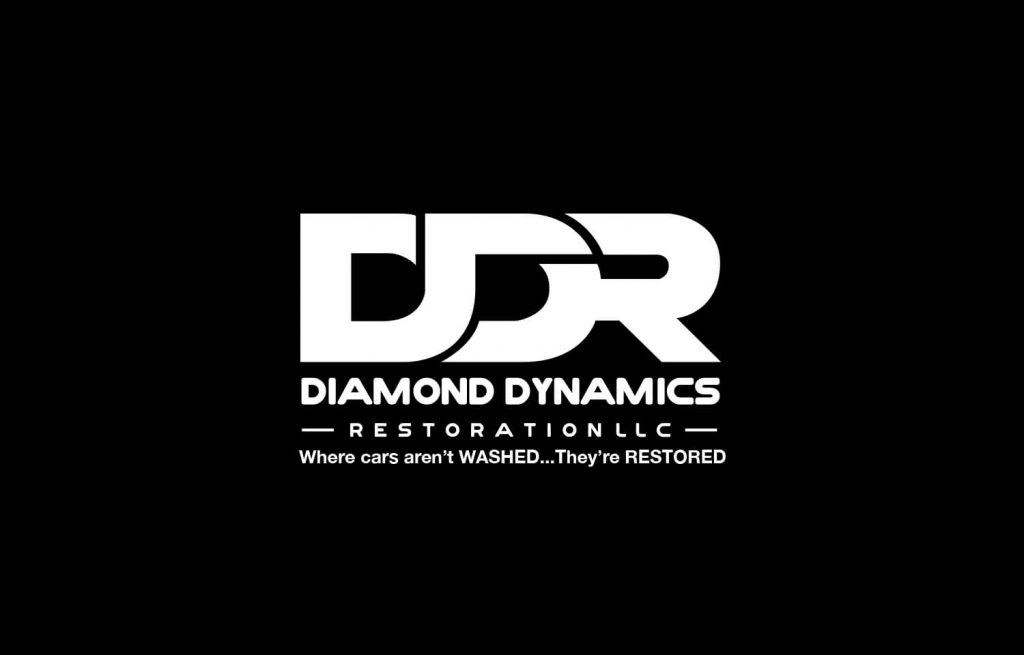 As is the case with most clients, this client wanted way too much in his logo. He still wanted the 3D diamond faceted car to appear in his logo. I explained that the DDR initials served as the graphic and adding another graphic, especially one as complex as a diamond faceted car, would have too much going on as well as competing with the DDR graphic. I advised the client that while I could created the car he wanted, I would strongly suggest that it not be added to the logo. Instead, I suggested that he added it as part of his branding. That way he could incorporate the 3D diamond faceted car to accompany the logo.

I advised the client that the car in his drawing looked more like a Volkswagen Bug than the luxury car he envisioned. The client agreed and requested that I change the car to look something more like a Lamborghini. I modeled and rendered the 3D diamond faceted car in Autodesk’s Maya. 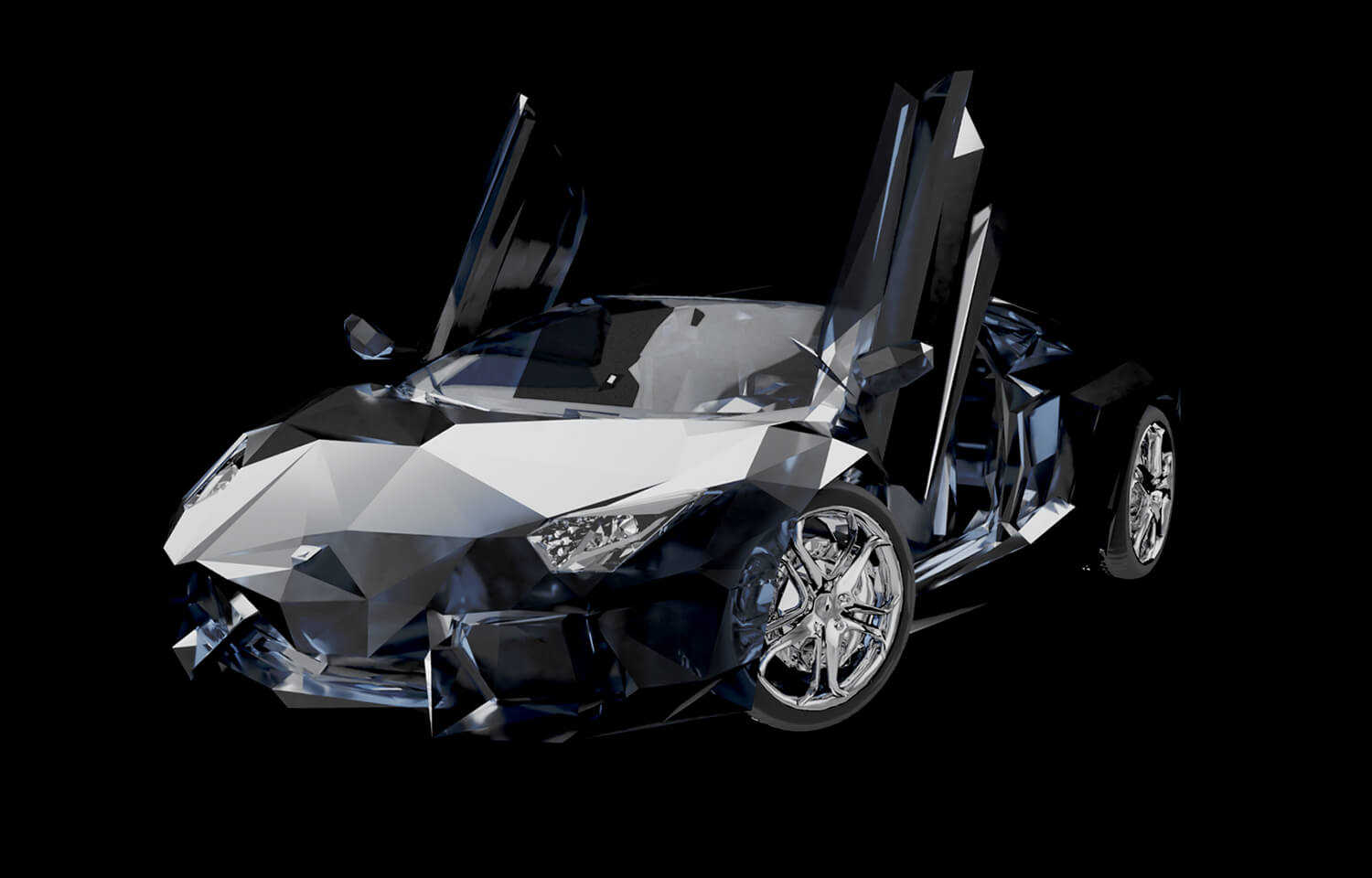 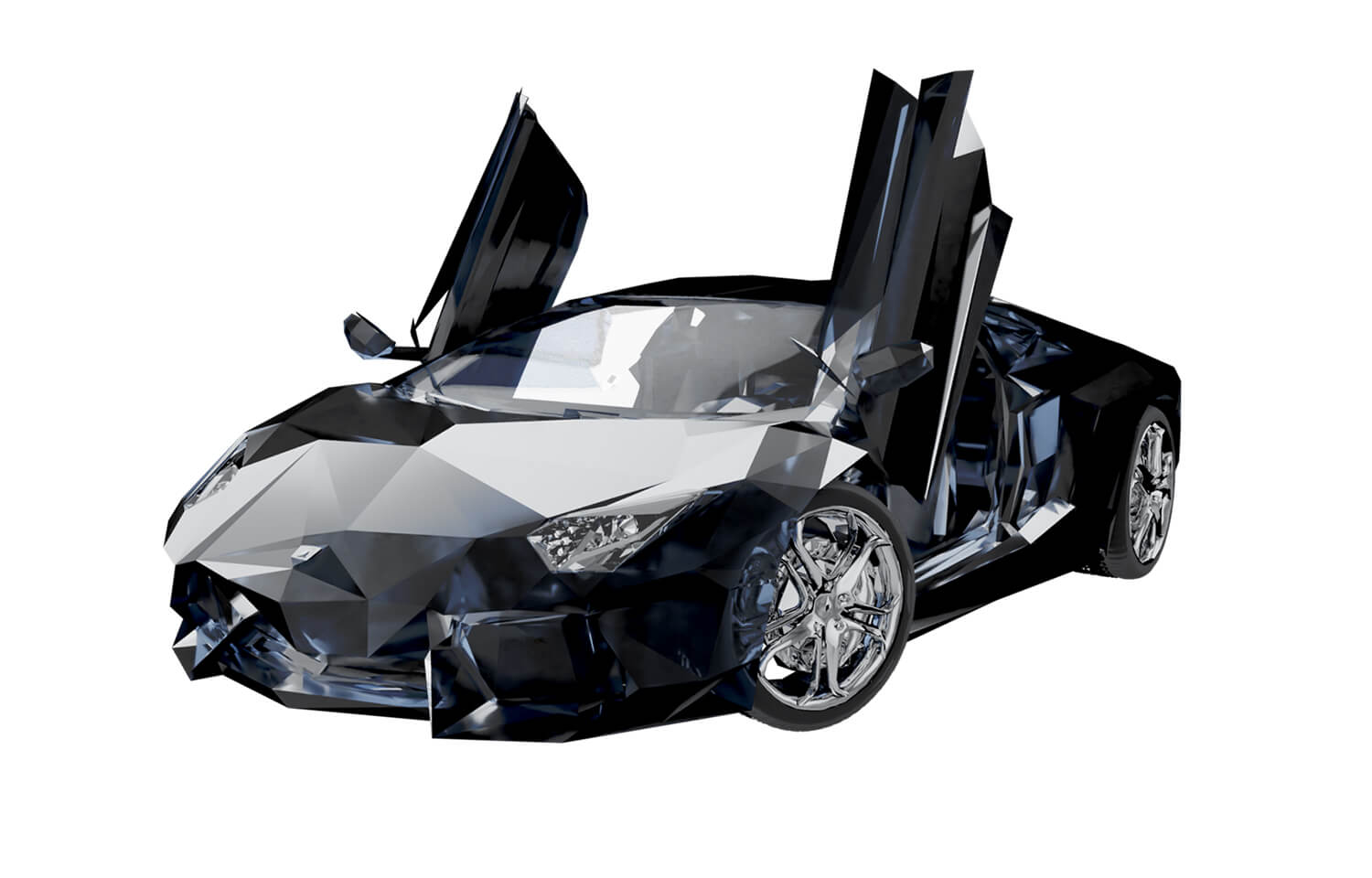 The client needed business cards as well. It was here that I showed him how the 3D diamond faceted car would work with his logo to help form his brand. The client needed to show that he was I-CAR certified and no luck in finding a decent image of the I-CAR logo, I had to recreate it in vector format. 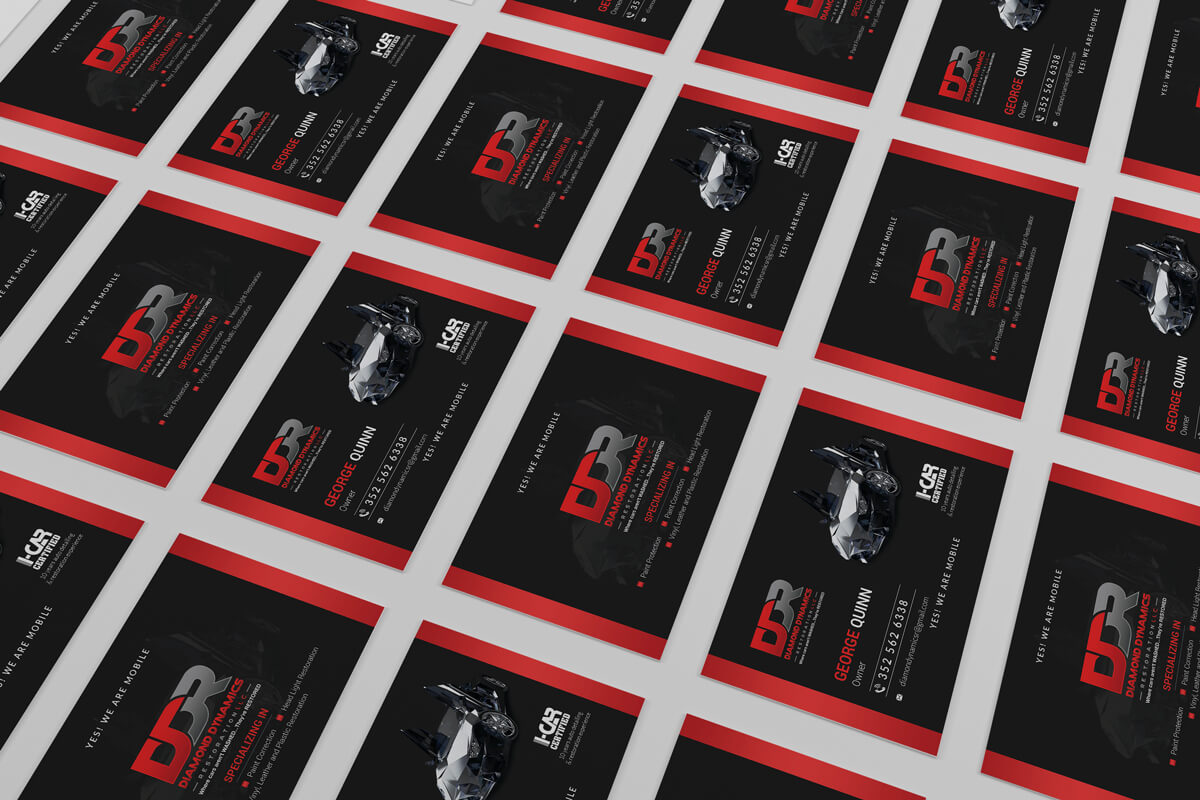 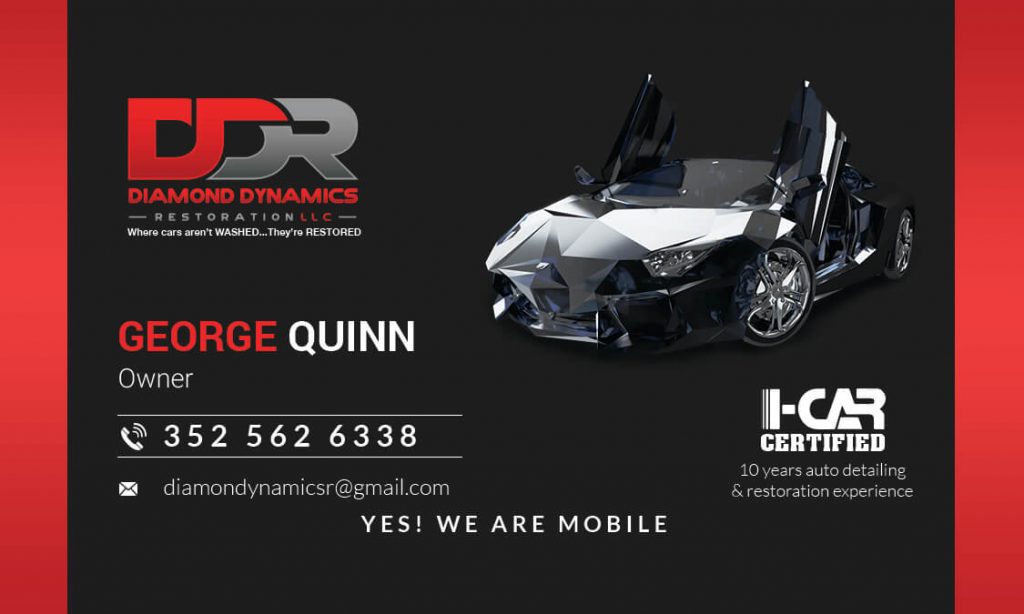 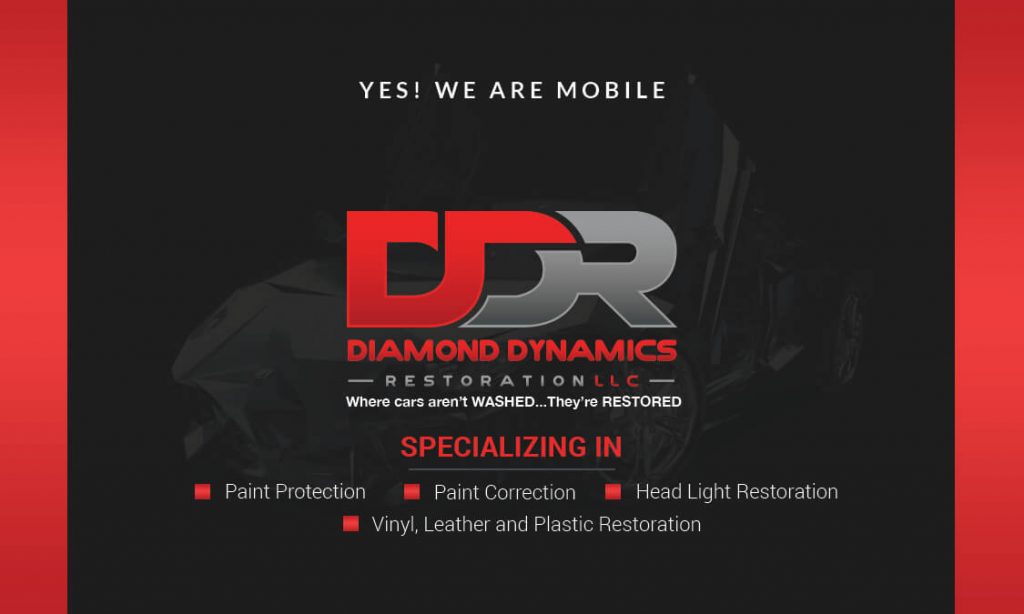 A few months later, the client returned and inquired about designing and printing of vehicle magnets to put on his mobile business van. I told the client that while I could design and produce these for him, to think about vinyl lettering since his vehicle would be used for the sole purpose of conducting and promoting his business. I showed the client some images of what vehicles looked like with vehicle magnets and how they are often either aesthetically unpleasing, or over-designed to the point where any useful information can’t easily be seen. I then showed his samples of previous vehicle lettering jobs that I had done and explained that it would look and serve his purpose better than vehicle magnets and would be much cheaper than a full-body vehicle wrap and he loved that idea.

After receiving all of the pertinent information that the client wanted to go on his van along with photos and detailed measurements for his van, I created a mockup. It was a bit difficult to create the designs with accuracy as I am usually able to measure and make on the fly adjustments in person. However, I was able to find a 1/26 scale template to design and produce the vinyl decals. The decals were produced in house with contour cut printed vinyl for the full color logos and cut Orcal 651 decal vinyl and shipped to the client. 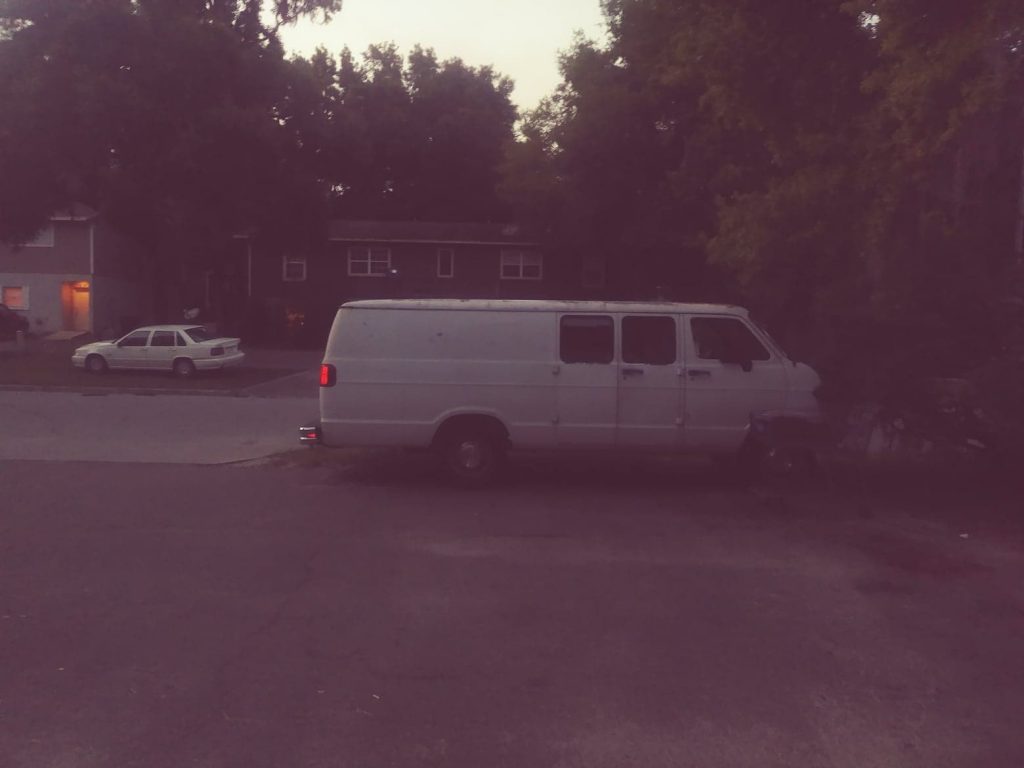 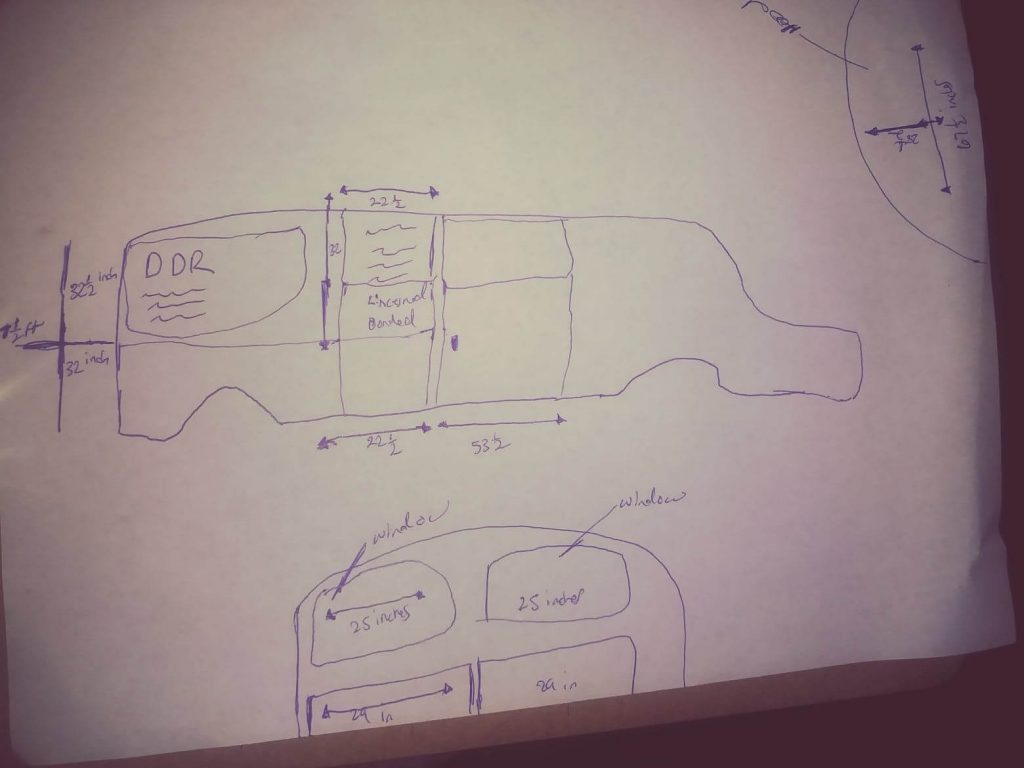 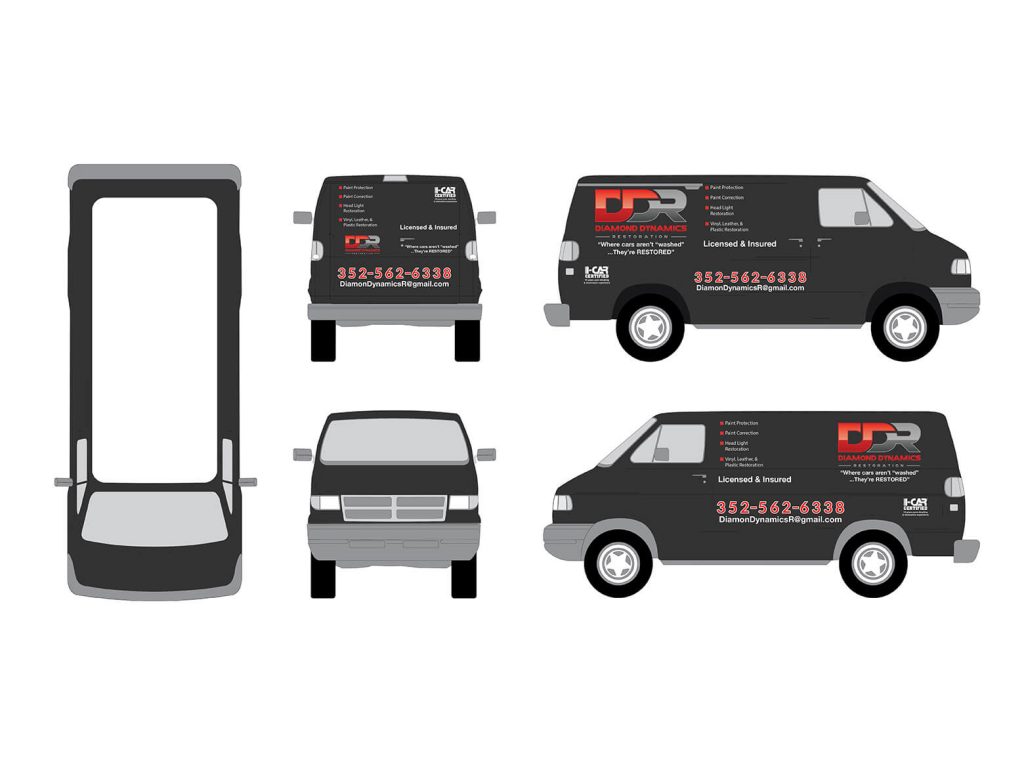 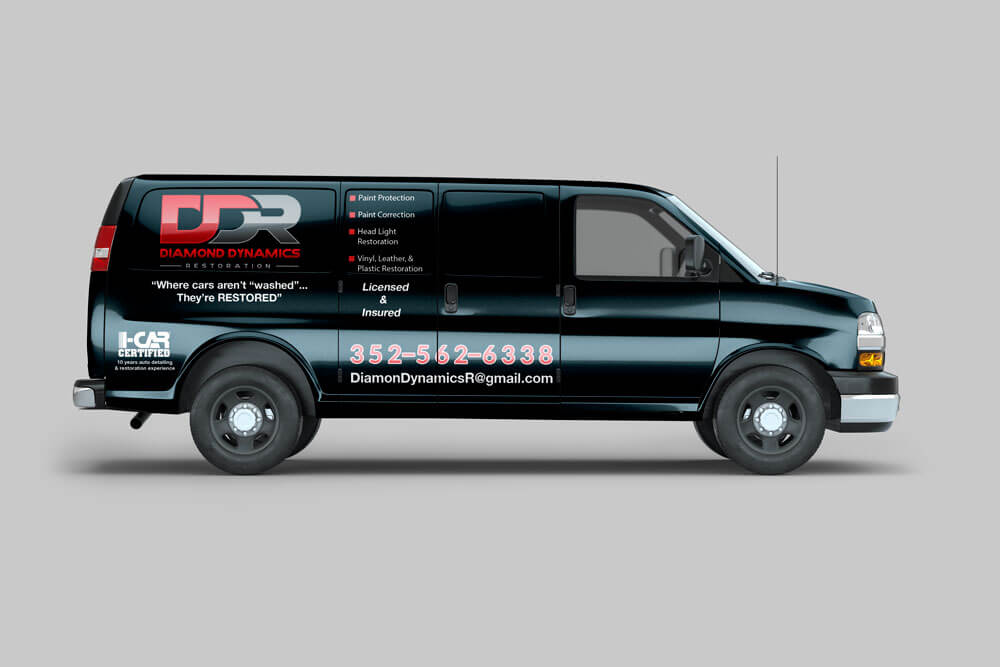 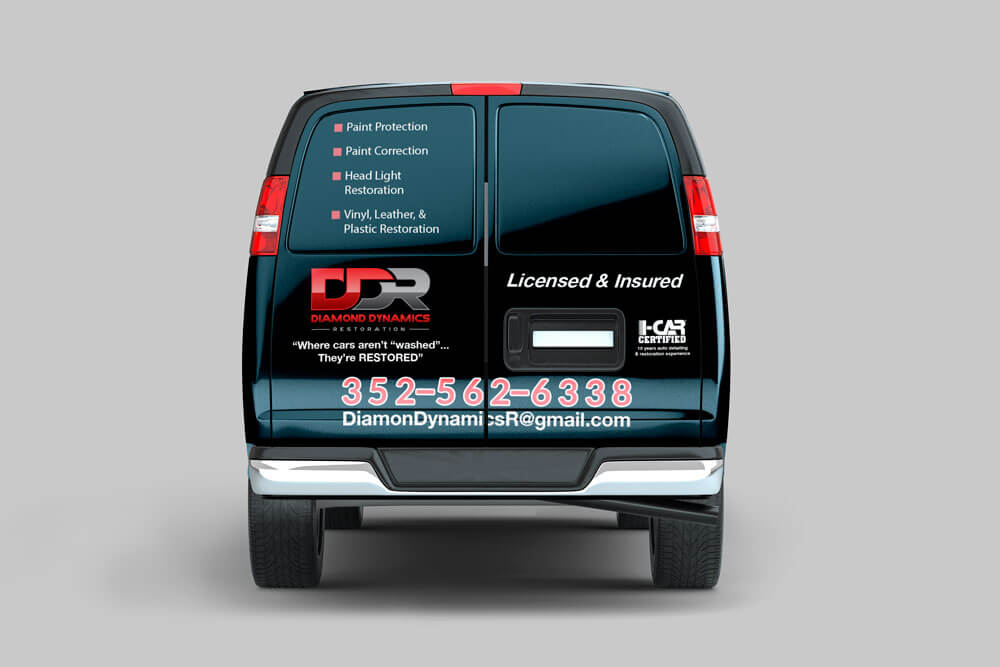